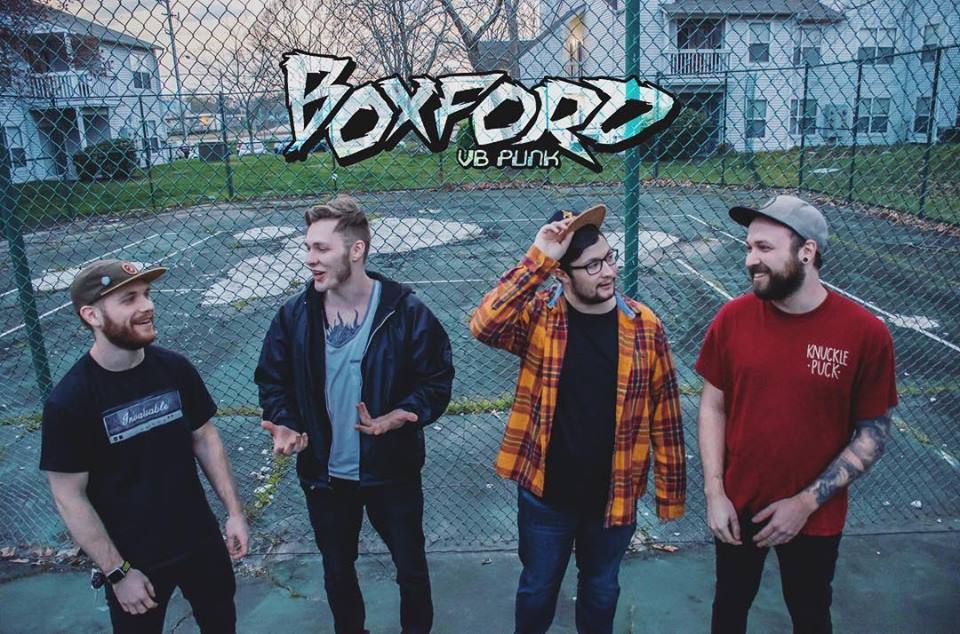 Boxford is a pop punk band from Virginia, USA. Their style blends a lot of different sounds from catchy melodies to ear shattering screams, accompanied by deep, meaningful lyrics and worldclass arrangement and production. This band took me by surprise, and I thought this would be a great recommendation for the end of the year.... / READ MORE /

Boxford is a pop punk band from Virginia, USA. Their style blends a lot of different sounds from catchy melodies to ear shattering screams, accompanied by deep, meaningful lyrics and worldclass arrangement and production.

This band took me by surprise, and I thought this would be a great recommendation for the end of the year.

They’ve been growing in their local scene and even played at the Warped Tour, which is outstanding for such a new band.

Their sound is very fresh yet still so familiar.

Get to know them better on this exclusive interview for FAV MAG.

¿How did you guys form the band?

Jimmy: Well for the past 5 years three of us (Austin – vocals/bass, Jimmy – drums, and Chris P. – guitar) have played in various bands together.  And as pop punk fate would have it… the three of us became best friends.

Austin:  Yup then in 2016 we decided to start what is now known as Boxford.  It was just us as a three piece at first, but after playing a while we really missed having a second guitarist and found Robbie.  He fit right in and was involved with a huge portion of the writing process for Facade.  Robbie ended up having to move to the other side of the country this Summer which honestly really sucked, it is incredibly difficult to find dedicated musicians with the right attitude today.  But luckily his brother Chris (vocals/guitar) is just as great and was able to step right in and joined the band this past August, solidifying our lineup.

¿What are your influences? I hear a mix of many different things ¿How would you define your sound?

Jimmy: Haha I know for me personally, and this will probably sound weird as it’s a pretty wide spectrum of music, but the three bands that have influenced me the most as a drummer have been The Bouncing Souls, Cock Sparrer, and The Menzingers.

Chris C: I think that’s kind of why we sound the way we do.  Because we definitely have a lot of influence from bands within our genre like The Story So Far, Crucial Dudes, and even Citizen.  Mixing in that old school raw punk sound with modern pop punk allows us to give something new to our listeners.

Chris P:  When we were writing Breathe I remember Robbie had just introduced me to the band Bedroom Talk (now Youth Fountain) and we took a lot of influence from them.

Austin:  All in all I think what’s most important to us is that our sound is able to deliver a real message behind the raw emotion we put in to it.

¿How is your writing  process?

Austin:  I wouldn’t say we have a specific process.  We just all bring ideas to the table and work them as a group.

Jimmy:  Yeah there’s definitely not a set way we write.  Sometimes one of us will come to practice with a whole song written and see what everyone thinks, other times we’ll just think of a cool part and try to roll off of it.  Shoot, before Breathe was a song, Robbie used to play the intro all the time as a joke.  Our set was so upbeat and fast the slow sad intro would come out of nowhere, so we’d pretend to be serious and I’d yell into the mic, Touche Amore style, about stupid stuff like dogs driving cars haha.  Then one day we realized it actually… sounded kind of cool and decided to write off of it.

Tell us about your Warped Tour experience, that’s quite impressive for a new band.

Austin:  Hooooooly crap.  Warped Tour was crazy.  Definitely one of the coolest experiences we’ve had.  When the booking agent for Warped first reached out to us some of us *cough* chris *cough* thought it was a scam.

Chris P:  *laughing* In all seriousness it really was too good to be true.  Playing was cool but the best part was people coming up to our tent and talking to us after our set.  That…  And the Monster tour water.

Austin: For those that don’t know, the cans of Monster the artists get on stage are actually full of water.  And Chris would not stop talking about how cool he thought they were for MONTHS, he actually still talks about it…

Jimmy:  Well aside from the Monster Tour Water, it really was an incredible experience.  That was the biggest gig we’ve ever played.  It was crazy playing for so many people and seeing them all into the music and message we were putting out there.

I love your EP, what’s the concept behind it? How was your recording process?

Jimmy:  When we first started writing the EP we decided we wanted to write a concept album about something impactful.  Something that might be able to actually help people, ya know?  We actually had an EP before this one called Conflicted we released locally, and we had a fan message us and tell us how much one of the songs meant to him, and how it really helped him through hard times.  That really opened my eyes and made me realize the music we make can make a real impact.

Austin:  With that, we decided to make the entire EP dedicated to mental health and suicide awareness.  A friend of mine took his own life, which is actually what our song “Breathe” is written about.  We wanted to take a realistic approach to the subject matter.  We see too often people who talk about these things are overly optimistic, which we think is almost disrespectful to someone whose actually struggling.  Sometimes things don’t get better.  But it’s okay to not be okay.  We want people to know that there are others out there like them struggling, they aren’t alone, and there’s always someone they can reach out to.

Chris C: The EP as a whole takes three different perspectives.  Collapse is about someone struggling with mental illness standing on the edge of his sanity ready to give in.  Breathe is about someone whose been struggling and takes their own life.  Incandescent is written from the perspective of those learning to cope with the loss of a loved one.

Chris P: We recorded the album in Maryland, right outside Washington DC, with Will Beasley.  Working with Will was   a crazy experience.  Walking into the studio was pretty surreal, knowing we were in the same place where bands like Asking Alexandria, Handguns, and Turnstile recorded.  Will went over our songs, he gave us a lot of feedback (I mean a lot) on things we could do to improve our songs and where our strengths were.  We looked at what we could do to make each song better, then he went ahead and programmed scratch track drums to record guitar and bass for.  Then Jimmy played live drums over that.  And we wrapped up with all of the vocals.  It was definitely a learning experience for all of us and we can’t wait to get back and record a full length.

What do you think about the current rock music scene and business? Are you on the DIY side or prefer the help of labels?

Chris C:  The scene seems to be dying off a bit, there aren’t as many kids coming out to shows as there used to be.  And for some reason there doesn’t seem to be as big of a want for people to go see live music.  Or at least locally, if there isn’t a huge national act to draw them in.  But we’re trying to change that.  Our EP Release show brought in a ton of people and we had the venue packed out, it was really cool to see.

Jimmy: I also think that if you’re looking at music as a business alone, you probably aren’t in it for the right reasons. At least in my opinion.

Austin: Yeah and up to now we haven’t gone to a label, we’ve done everything ourselves.  But it’s hard.  Really hard.  So I definitely don’t blame anyone who goes to a label for help.

Jimmy: For sure, I don’t think people realize how much work it is to be in a band.  If we all didn’t love it, we definitely wouldn’t be doing it.  If a label is truly looking out for the artists and isn’t in it for just the money, then I’m all for it because it can definitely get to a point where it’s just overwhelming. But if you can o it yourself, more power to you haha.

What are your goals as a band, any near future plans?

Austin:  We’ve hit a lot of milestones this year.  We played a lot of big shows like Warped Tour, opening for The Menzingers, Such Gold, and Tiny Moving Parts.  We released our first professional EP and it’s gotten into some huge playlists, which in total across all platforms has over 15 thousand streams.  Which that’s still pretty hard to believe haha.

Jimmy: Moving forward I think our biggest goal is just to keep having fun and playing shows.  And of course keep spreading our message and raising awareness to mental health and suicide.

Chris C: For future plans we’re about to start writing new music and will hopefully have a full length out sometime late next year.  We’re also working out the details on some tour dates for this Spring up the east coast.

Chris P:  And we haven’t really announced this yet, but we still have one more song to release that we recorded with Will in Maryland.  It’s an acoustic song Robbie wrote, that we’re going to drop as a single early 2019, so definitely be on the lookout for that.

Austin: It may or may not make you cry.

Jimmy: It also may or may not be about Ewoks.

Austin: *laughing* but yeah I think that’s it.  We really appreciate you having us for the interview.  And thank you so much to everyone out there supporting us.  We have our EP up streaming now on Spotify, Apple Music, and all that jazz.  We also have shirts and beanies up on our online store via bandcamp so be sure to check that out as well.  Hope to see you at a show soon!

DON'T MISS THIS ONE: PASUMOPI 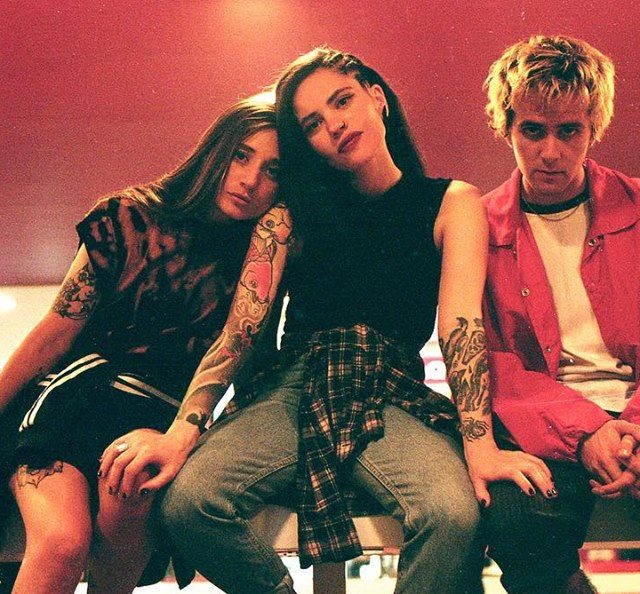 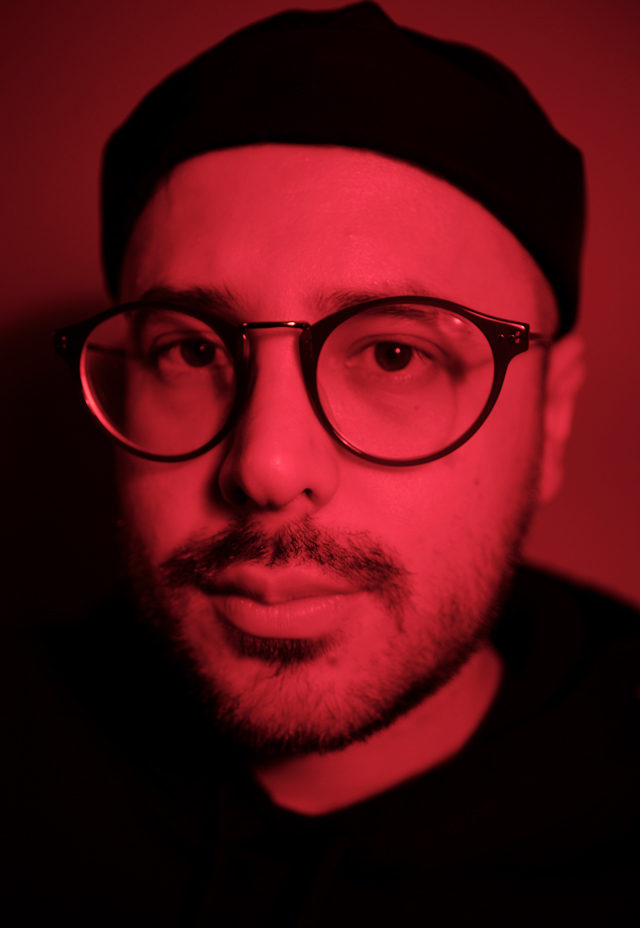 Katherine Mendoza, Out to Hollywood.