The Modern Life of Insects, the new debut album by Mosquito Cabaret 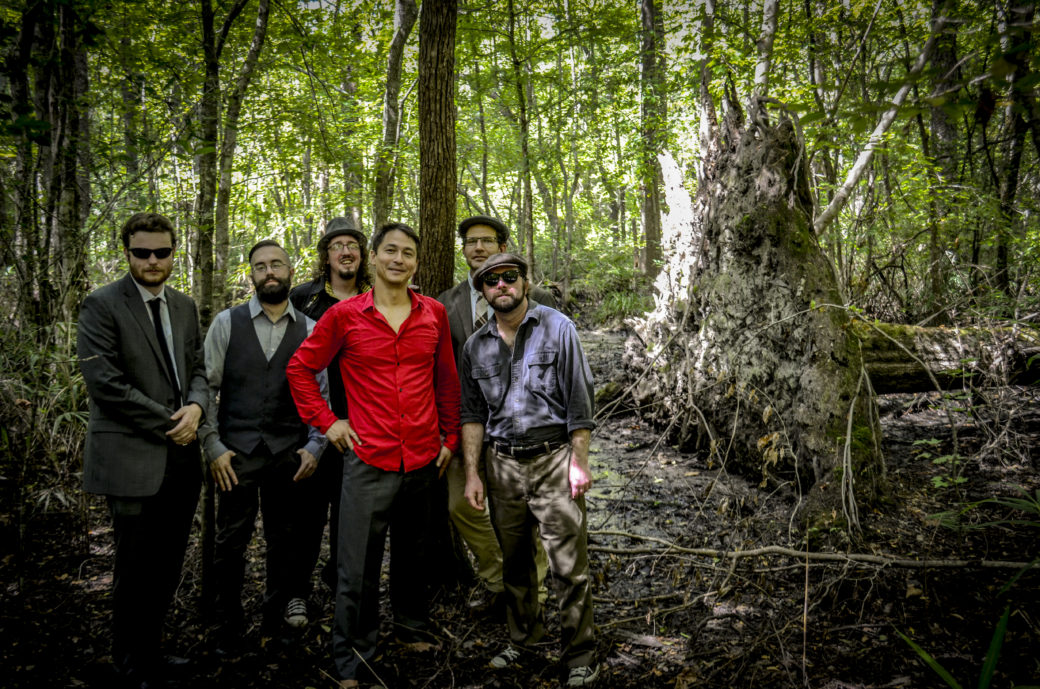 What inspired you to write new songs? Well, in a way all of this material is new, since that our band Mosquito Cabaret has been around for just barely​twoyearsnow-​– and our debut album, “The Modern Life Of Insects” was just released recently on August 23rd via Sick Zip Records//Dead Run Records and is now available... / READ MORE /

What inspired you to write new songs?

Well, in a way all of this material is new, since that our band Mosquito Cabaret has been around for just barely​twoyearsnow-​– and our debut album, “The Modern Life Of Insects” was just released recently on August 23rd via Sick Zip Records//Dead Run Records and is now available on all streaming platform (such as Spotify, Pandora, etc.) & CD in terms of physical format at the moment.

On the other hand, I had started writing some of it about 3 to 4 years ago— my other band the Fighting Jamesons was in the process of switching members//a serious line-up change (which has happened multiple times in that group from now until finally being resolved recently) and of course every time that happens it stalls progress to a considerable extent (‘ya know what happens is: you get a new member or in the Fighting Jamesons’ case specifically two new members and temporarily can’t play another show until said members have had a chance to learn the material and get caught up to speed, etc.)

So, part of it semi-resulted in my need just to create for the fun of it at first, sometimes I just feel the need to write and create just to get it out of my system, and not even with an initial goal in mind— and then as the ideas started stockpiling up– I then strongly felt like they should not just sit on my computer and not be heard by anyone and then I made a serious effort to get a group put together + as I kept writing most of the ideas just wouldn’t fit my other band the Fighting Jamesons, and I started to realize that I had enough material and very flushed-out ideas that I had spent a lot of time making demos of at home and I just had this moment where I was like, “Wow! This could be a whole record, and I should make this happen!”– which brings us to the present basically— Mosquito Cabaret is a 6-piece folk/world music group based in Norfolk, Virginia and our mission is to play music that knows no borders! So in some ways this material is not exactly new, but at the same time it is new— because the process of getting the record made and forming the group took quite some time, and it is certainly new to the public in the sense that we have just released the album. It just took me a while between multiple projects, finding the right people to make the current line-up of the band, and money & time to make the record to bring us up to this point.

What is the meaning of the album’s name?

The modern era is a strange time to be alive, and the lives of insects these days are more bizarre and complicated than ever before. The world is getting hotter on every level of existence, and everything is changing. Can’t you relate?

Which is the most memorable moment you remember during the recording of this new album?

Man! There are so many memorable moments, it’s truly hard to pick just one! But a really really couple of special moment(s) were: – Watching our saxophonist Daniel Deskins nail his solo in River King, though I see him do it night after night, to witness him record it with such ease was a really amazing moment! – Our drummer Michael Morgan overdubbing his drum kit with the additional hand-percussion//bongos on our song, “Stari-Most” + Mike also created the album artwork for the cover, and watching him do his drawing//sketch work of us all and then added-computer artwork skills to it was really something special too! – Sitting in countless times with our audio engineer/producer Jacki Paolella at Tap Tap Recordings. She is basically just constantly flooring us. Watching her work is really something special, and I don’t think other audio engineers are anywhere as detail-oriented the way she is, it’s incredibly impressive and meant a lot to us that she genuinely cared so much and took such precision in her work. Meeting with her for our final mixing session and hearing the album finished together may just have been a greatest moment (of many!) in itself!

Considering your band has a lot of instruments. How do you distribute youtoplaythe songs? How does the harmony happen?

Well, for our writing process…I write over 90% of the music at home. I create demos that serve as blueprints that I send to each band-member so that they have time to learn the basic idea while also adding twists and details of their own into the original plan.

In terms of harmonizing or layering the melodies if you will, each song is treated differently and with a specific approach. Some songs our saxophonist, Daniel Deskins, and I will a melodic line in unison together, or sometimes he’ll harmonize the lead line I’m performing on accordion, and then we have the additional option of our trombonist, Joe Peterfeso, who will sometimes double-up the bass line on trombone, or harmonize with Dan or I, etc.

We try to specifically keep in and mind and ask ourselves: what does the song need? What would serve the song best? With that in mind, we then start laying the horns with accordion melodies to try and make what serves the melody of the song best.

One of the soundtrack in your album is “Transdimensional Sorrows”. How did it come out?

Transdimensional Sorrows musically resulted from trying to take different European musical & cultural influences and breed them together to create this song! I wanted to combine the energy and dancy nature of both Balkan and Latin music for the intro, and verses of the song and speed it up and give the intensity of Russian and Ukrainian music for the fast portion (ending portion of the song), and that’s what resulted in the album version.

Though we create original folk/world music, like I said before, “music that knows no borders!” I’m so inspired by these different cultures and their music, and I like too many of them and so many aspects of them all that I wouldn’t want to create a song that was just traditionally Russian or just traditional latin-influenced, I wanted to intentionally take them both and mix them together in an attempt to create a unique sound in order to use these influences to our advantage and make us stand-out rather than just be lazy and simply copy them.

Which of these songs has the most special value for the band? Why?

Though it’s of course difficult to choose, I would say it’s somewhat of a tie between the closing and opening songs: Wedding Steps & River King. Wedding Steps is very special in so many ways; it was enormously fun to create and we often use it to get people riled up at our live show and chanting HEY along with us! And for River King, it’s the only song that was recorded officially once before the album as single back in October of 2017 in the earliest days of the band, and we often close our shows with that song, it’s also the first song I ever wrote for the band. So in a way because of both the studio and live experiences both of these songs share a special place in all of our hearts.

Are your songs mostly based on your personal stories or experiences?

For a song to be true, it has to start from a grain of sand from your own heart. From there, who knows what kind of a pearl you will grow? There’s all kinds of characters in these songs. Maybe I’ve been some of them, maybe you’ve been some of them. The important thing is to listen closely.

What feeling do you want people to perceive while listening to your music?

For the most part I’d like them to feel whatever they want while also feeling entertained and hopefully the sound helps you feel as if you’re being transported to somewhere far away that you’ve longed to go to!

DON'T MISS THIS ONE: Conociendo a Victoria Lupi